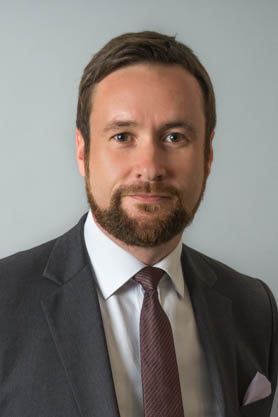 Andrew is a Public Law, Human Rights and Immigration specialist. He has a broad court trial,  appeal, injunctive, and advisory practice, with experience at every level of Court and Tribunal. His wide client base includes private and publicly funded individuals, charities, and large and small businesses.

Andrew has a developing practice in the field of Regulatory compliance with a focus upon Anti-money laundering, asset recovery, and the Bribery Act. He accepts instructions on a widening range of common law matters, in tort and defamation as well as privacy and data protection.

He has a strong appellate practice in the field of Asylum and Immigration law, and has appeared before the Court of Appeal and Tribunal on numerous occasions. He has appeared in Country Guidance, Dublin Convention matters, and reported cases regarding complex procedural and statutory interpretation points as well as novel human rights issues.

In his first 5 years at the Bar Andrew was busy Crown Court practitioner, in concert with his civil law practice. Prior to coming to the Bar, he was Legal Researcher to the leading lawyer, Gareth Peirce at Birnberg Peirce and Partners, where he worked primarily upon landmark ECHR Article 3 International Extradition actions and terrorism cases.

Your Thoughts: A Government Controlled Internet by Lawyer Monthly