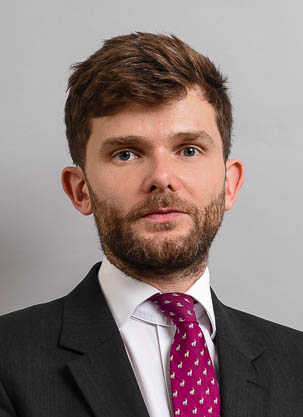 Ben specialises in immigration and asylum law.  He acts in the full range of cases in those fields.

Ben has developed a thriving practice in asylum and immigration law, acting for appellants at all levels.

He has particular experience and expertise in cases engaging the Refugee Convention, humanitarian protection, and human rights law.

He has acted as junior counsel throughout the recent Afghan Country Guidance litigation:

Ben’s focus is securing the best outcome for his individual clients.  He believes in the highest quality and most comprehensive representation in the First-tier Tribunal, where most cases are ultimately won or lost.  His trial experience as a criminal practitioner has given him a strong foundation for practice in the FTT.

Ben also regularly appears in the Upper Tribunal in complex appeals on points of law, and increasingly in the Court of Appeal, led.

Ben has considerable experience representing children, and adult clients with vulnerabilities.  Again his years in the criminal courts gave him a firm foundation for this.

Ben has a varied and busy Judicial Review and civil practice, challenging decisions of the State relating to immigration status, and the treatment of individuals in connection with it (detention, accommodation, etc).

Ben has acted in challenges to:

During pupillage under the supervision of David Chirico, Ben had particular exposure to asylum and deportation appeals at all levels, and public law challenges in Dublin cases.  He assisted on a number of reported cases, including EM (Eritrea) and ors v SSHD [2014] UKSC 11 and R (Habte and RH) v SSHD [2013] EWHC 3295 (Admin).

Ben spent a number of years with a busy criminal practice, appearing almost daily for the defence in the Crown, Youth and Magistrates’ Courts.

Ben continues to accept instructions in these areas.

Before coming to the bar, Ben assisted leading solicitors in a top civil liberties firm, involved in the preparation and conduct of:

While studying Ben provided pro bono bail representation for immigration detainees, and volunteered with the National Centre for Domestic Violence.

Before coming to legal practice, Ben worked in the NGO sector for several years.  He led a programme of work that aimed to enforce and develop the legal obligations on UK-based extraction companies to account for their impacts on people overseas and the environment, alongside campaign work publicising those impacts.