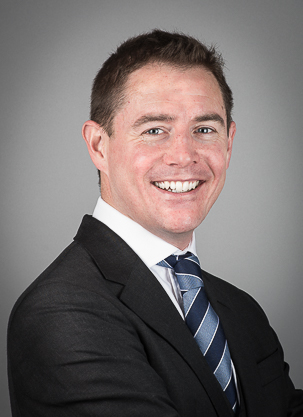 Mark’s practice is focused primarily on immigration and crime. He regularly appears in the First-tier and Upper Tribunals in London and other locations, representing clients in a broad range of immigration matters. He also receives instructions on related public law challenges, including unlawful detention. Mark represents clients in Crown Court trials, sentence hearings, plea and trial preparation hearings, as well as conviction appeals from magistrates’ courts.

Mark regularly represents clients in deportation cases, effectively utilising his experience from criminal practice. He has secured successful outcomes for both ‘medium’ and ‘serious’ offenders in the FTT.

Having previously volunteered for the charity Bail for Immigration Detainees (BID), Mark has a particular interest in challenging detention through applications for bail. He also acts in related proceedings, including unlawful detention and County Court damages claims.

Mark has secured permission to appeal to the Upper Tribunal by drafting grounds arising from his own and other FTT appeals. He is experienced in arguing complex issues in error of law hearings:

Represented client challenging deportation to Ghana in which the Upper Tribunal issued guidance on the assessment of credibility in respect of vulnerable adults.

Successfully argued error of law in case concerning the question of whether client’s sponsor had ‘genuinely’ exercised treaty rights in another EEA country before returning to UK, applying Citizens’ Rights Directive, EEA Regulations and related case law; the Upper Tribunal clarified that intention and motivation are not directly relevant to the assessment of whether employment is genuine and effective.

Successfully challenged dismissal of deportation appeal based on inadequate consideration of risk on return to Iraq without CSID and exclusion from humanitarian protection. Appeal allowed following re-hearing on Article 8 grounds not previously argued.

FTT determination set aside on basis of defective consideration of whether it was reasonable to expect a child to leave the UK where the parents had no independent right to remain (s.117B(6) NIAA). Appeal allowed following Upper Tribunal re-hearing based on submissions regarding application of KO (Nigeria).

Initially represented client in FTT deportation appeal allowed on basis of Article 8, which arose from six year sentence imposed when client was a young child. Successfully argued no error of law in SSHD appeal to the Upper Tribunal.

Successfully argued error of law based on failure to properly consider risk on return in event that client continued her political activity as blogger. Subsequently represented client in successful FTT appeal following remittal.

Mark has extensive experience of magistrates’ court proceedings and has a particular interest in the treatment of vulnerable clients with mental health conditions. He has successfully advanced a defence of temporary insanity after securing an adjournment to obtain supportive psychiatric evidence and has also persuaded a court to re-open mode of trial and send a case to the Crown Court for fitness to plead to be determined.

Mark has represented clients charged with a wide range of offences including s.18 GBH, importation of Class A drugs, being in charge of a dangerous dog causing injury, outraging public decency, money laundering and licensing offences.

Mark undertakes a full range of Crown Court work and has represented clients in trials concerning allegations of possession of a bladed article (acquitted after establishing defence of ‘good reason’) and voyeurism (first jury failed to reach verdict; convicted at re-trial).

Mark acts for clients at Parole Board hearings in prisons across London and the south of England. He has experience of representing clients subject to life sentences, indefinite sentences for public protection and determinate sentences following administrative recall.

Prior to completing pupillage at One Pump Court in 2017, Mark practised as an immigration solicitor. He primarily represented clients in the Detained Fast Track (DFT) process, through which he acquired experience of preparing complex asylum appeals within short time frames. He also represented clients in applications for bail and asylum appeals. Mark’s last asylum case resulted in a successful public law challenge to a refusal to remove a client from the DFT process despite evidence of trafficking, thereby contributing to the suspension of the DFT in July 2015 (R (on the application of IK, Y, PU) v Secretary of State for the Home Department, CO/479/201).

Mark qualified as solicitor whilst working as a Legal Adviser at Nottingham Magistrates’ Court where he provided advice to lay magistrates in adult, youth and family courts. Prior to this he worked for several years investigating potential miscarriages of justice at the Criminal Cases Review Commission. One review contributed to the quashing of a 1986 murder conviction, where confession evidence was held to have been wrongly admitted (R v James [2004] EWCA Crim 1433). In another case, Mark’s legal analysis of the implications of an apparently unsigned indictment led to convictions being set aside by the House of Lords (R v Clarke and McDaid [2008] UKHL 8).

Pupil Mark Allison accepts invitation to join both our crime and immigration team.

The new sentencing guideline for children and young people

Mark Allison of 1 Pump Court summarises the changes brought about by the new guideline on sentencing children and young people which is due to come into force on 1 June 2017.