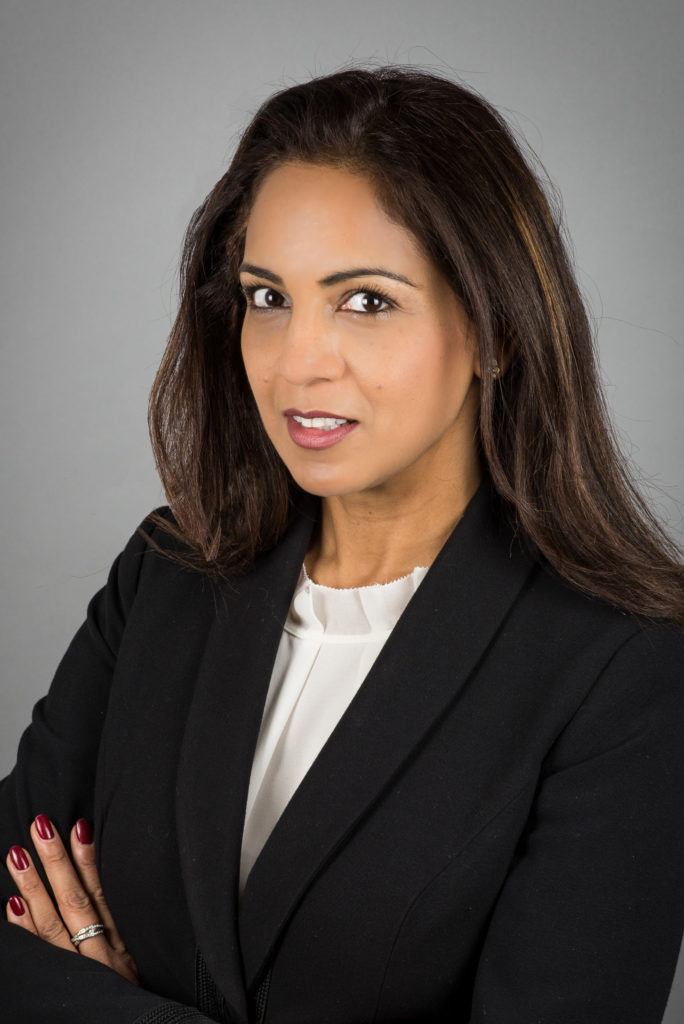 Parosha Chandran is the UK’s leading anti-slavery lawyer and she has been practicing at the Bar of England and Wales for 25 years. She is an award-winning human rights barrister and a leader at the Bar in the fields of human rights, human trafficking, forced labour and labour exploitation, immigration, trafficking-related criminal appeals and public law.

Parosha Chandran is a human rights barrister based in London and a world-leading expert on the law relating to human trafficking for the UN, Council of Europe and OSCE. She represents adult and child victims of modern slavery and human trafficking and has set critical legal trafficking precedents in the asylum, slavery, criminal non-punishment, civil and public law contexts. She has contributed to key international legal guidance on trafficking, provides judicial training and has advised on legislation including the Modern Slavery Act 2015.

She has received many honours for her work including the Trafficking in Persons Hero Award 2015 from John Kerry in Washington DC for her work in developing the rule of law on trafficking in the UK and abroad and for her “unparalleled achievements in providing legal services to survivors of modern slavery”.

She is a Legal Advisor to Parliament’s Modern Slavery Project which supports Commonwealth States in improving their trafficking and modern slavery laws. She is the General Editor of the leading textbook, “Human Trafficking Handbook: Recognising Trafficking and Modern-Day Slavery in the UK” (LexisNexis, 2011). In 2018 she received the distinction of being appointed the first Professor of Modern Slavery Law at King’s College London.

She practices in immigration and asylum law (including adult & children’s cases, HIV appeals, deportation and EU law). She has appeared in the High Court of England and Wales, the Court of Appeal (both Civil and Criminal divisions), the Privy Council, the Asylum and Immigration Tribunal and Chamber, the Employment Tribunal and she has drafted several successful applications to the European Court of Human Rights (ECtHR).

Parosha has extensive experience in representing the rights of trafficked men, women and children in the UK who have experienced trafficking, sexual exploitation, forced labour, domestic servitude and enforced criminal activity.

She has vast experience in bringing test cases in these areas and many of her cases have impacted upon the development of law and policy in the UK and abroad. Parosha is trained in direct access. She is also a member of the Prison Law team in chambers. She regularly advises international institutions such as the UNODC, the OSCE and the Council of Europe on matters relating to human trafficking, modern slavery and human rights.

She has expertise in advising on supply chains compliance with modern slavery assessments. She also advises on and acts in compensation and damages claims against traffickers, whether they are individuals or corporations in the UK and abroad.

2017 Legal 500
Cited as a leading junior in Immigration (including business immigration):
“She has exemplary expertise in modern slavery cases”

Parosha is ranked in the Chambers and Partners Directory and in the Legal 500. She has received extremely favourable commentaries from the Directories every year since she was first ranked in 2005. For example:

“She has leading expertise in Human Trafficking matters.”

“At the forefront of developing the law in Human Trafficking and Modern Slavery.”

“Parosha Chandran of 1 Pump Court is… renowned for her intellectual expertise and client sensitive approach.”

“Parosha Chandran …is widely regarded as an expert on human trafficking cases. Her representation of vulnerable individuals in this context prompts one source to observe that “she is just fearless and has the ability to get right to the heart of the matter.”

“Parosha Chandran is renowned for her specialist practice involving victims of human trafficking, “an area she knows inside-out.”… Sources give weight to her client-handling skills, saying: “She can adapt her style to put children and vulnerable claimants at ease without losing the meaning of the message she is trying to get across.” “Incredibly passionate about her work, she always maintains her composure and never loses her professional edge.””

“One source explained: “She inspires confidence – you know you can rely on her to deliver.””

“Parosha Chandran is a barrister specialising in immigration and human rights whose work has led to several advances in the law governing the rights of victims of human trafficking”.

The Law Society Excellence Awards 2008, on presenting Parosha with the Barrister of the Year Award:

“…what a remarkable talent she is”

Parosha Chandran is “one of the world’s leading practitioners” in trafficking and modern slavery law. She is honoured for “her unparalleled achievement in providing legal services to survivors of modern slavery.”

Trafficking in Persons Hero Award 2015 – Presented to Parosha Chandran by John Kerry, US Secretary of State, 27 July 2015 for her “unparalleled achievement in providing legal services to survivors of modern slavery”.

Woman of Achievement (Woman of the Year Awards 2009).

Barrister of the Year Award 2008, the Law Society’s Excellence Awards

Parosha Chandran of One Pump Court Chambers wins landmark judgment on human trafficking and the non-punishment principle before the European Court of Human Rights.

Parosha Chandran: ‘Modern slavery in the UK is not confined to one place in the Midlands’

A note from Parosha Chandran in Uganda

The UK’s leading anti-slavery lawyer, Parosha Chandran, has been elected the first ever Professor of Modern Slavery Law at Kings College London

One Pump Court's Parosha Chandran has been named an 'Anti-Slavery Hero' in a recent short film by the Evening Standard.

One Pump Court's Parosha Chandran gave an interview from London last night for the 6.30am morning news show on ABC Radio in Sydney, which was broadcasted across Australia.

1 Pump Court are proud to announce that our very own Allan Briddock, Parosha Chandran & Rachel Francis will be judging at the 2nd Annual LSE-Featherstone Sexual Orientation & Gender Identity Moot