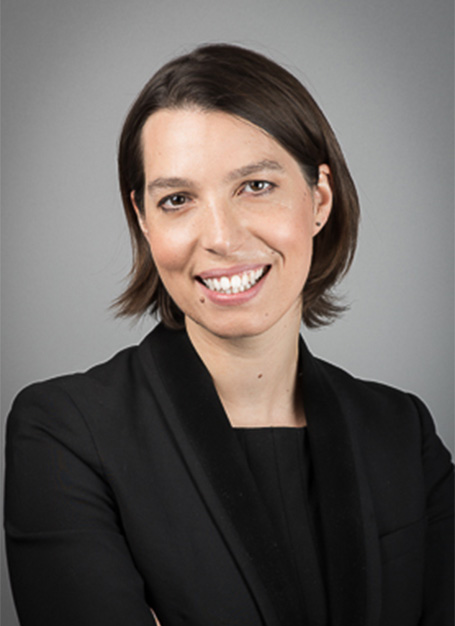 Sophie is an experienced human rights practitioner, having previously spent five years as a US Attorney representing death row prisoners, and three years as a solicitor, before being called to the Bar in 2016.

Sophie’s expertise spans criminal and civil law. She appears regularly in the criminal courts, as well The Asylum and Immigration Chamber of both the First and Upper-tier Tribunal in complex protection claims, and for vulnerable children and victims of trafficking.  She has a developing Judicial Review and civil practice including trafficking, prison and police law.

She also has a flourishing inquest practice, where she acts exclusively for bereaved families in both Article 2 and domestic inquests.  She has particular experience in deaths arising within community mental healthcare, and also in the probation context where where her background in criminal law is of particular assistance.

The case arose out of the illegal strip searching of four claimants at HMP Peterbourgh.  The first Claimant is a transgender prisoner, the other three are female.  Sodexo conceded that the strip searches were unlawful and that there had been systemic failings, the claim was pursued against the Secretary of State for failing to place adequate safeguards to protect the Claimants.  The High Court held that the failings were serious, systemic and widespread, and the legal framework relied on by the Secretary of State was ineffective to ensure that Sodexo had adequate systems in place, in breach of Article 8.

A sixteen-year-old girl under the care of the community mental health team and social services, who died after stepping in front of a train.  The Coroner acknowledged that there were issues with communication between social services and the family.

The terms of the deceased’s licence required that he reside at a Approve Premises between 11pm and 7am following his release from prison.  During this time he became unwell and there was a delay in providing him with emergency medical treatment.  The Coroner found that he was dependent on Approved Premises staff (“being unconscious in a locked room”) and that it is possible that timely medical treatment would have led to his survival

The Applicant was convicted of a single count of causing or allowing the serious physical harm of a child, contrary to section 5(1) of the Domestic Violence, Crime and Victims Act 2004.  She was sentenced to an extended sentence of ten years.  The Court found that the sentencing judge had unlawfully relied on draft sentencing guidelines and that the there was no sufficient basis for finding that the appellant intended really serious harm.  Her extended sentence was quashed and she was re-sentenced to a five years imprisonment.

Before joining the Bar, Sophie has considerable experience in the charity-sector.  She completed a two-year legal fellowship at the not-for-profit Equal Justice Initiative of Alabama, representing death row prisoners in both state and federal courts.  She also challenged the incarceration of terminally ill prisoners and was part of the team that successfully challenged sentencing of children to whole-life sentences at the US Supreme Court, Graham v Florida, 560 U.S.48. In 2009, she joined Reprieve UK, where she advised on domestic and international law relating to capital punishment and consular assistance.

In 2014, Sophie became the founding director of Appeal, a not-for-profit law firm that sought to overturn miscarriages of justice.

She is also the director of JUST: Access  a social enterprise that harnesses technology to overcome the justice gap.

The 22nd Edition of the Prisons Handbook

No contracting out of human rights, High Court finds

The High Court today has handed down a pivotal judgment on the human rights obligations that the State owes to prisoners serving their sentence in a private prison.

Congratulations to One Pump Court's Asma Nizami and Sophie Walker who won a ProBono award at the Lexis Nexis Legal Awards 2018 for their incredible work on the Refugee Legal Support Athens project.

Congratulations to Sophie Walker who has accepted a family and crime tenancy here at One Pump Court.

Theresa May puts Human Rights Laws in the Firing Line

I heard my first criminal appeals case file before I saw it: the rattle of the trolley coming down the corridor piled high with boxes.

Summary of a recent Supreme Court decision by Sophie Walker

Sophie Walker, a pupil-barrister at One Pump Court chambers, provides a helpful summary of the recent Supreme Court decision: R (on the application of Coll) v Secretary of State for Justice.

Criminal Appeals Handbook provides practical assistance to legal representatives of clients who are seeking to challenge convictions or sentences in the Court of Appeal and beyond.

Analysing the treatment of comments, facts and factual inferences and explaining how a better approach is possible for English courts.