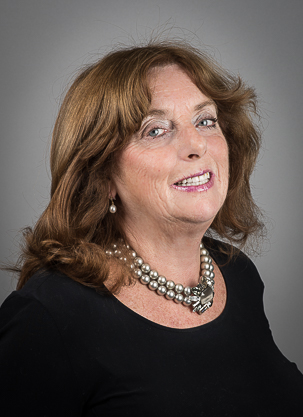 “Many Thanks for job very well done and appreciate you taking on the brief at last minute.”

From Direct Access Client: I would again like to express my thanks to you and especially to Mary, who was outstanding and who put me at ease from the moment that we met.

‘A robust advocate against often the most difficult opponents.’

‘Well done, Mary. You took an unwinnable position and slowly but surely turned it around.’

‘Great result and thank you for everything on this case’

Dr Mary Hughes [BA(Hons.), MPhil., PhD], came to the Bar after a career in Education and Research, where she published extensively in women’s issues. She made a conscious decision not to work for local authorities, having worked for them in adult and community education before retraining for the Bar.  She practices largely in care proceedings acting predominantly for parents and guardians. She also has a free standing practice in education and community care as well as being instructed in care proceedings where the complex area of education, community care and leaving care regulations are an issue.

From Direct Access Client: I would again like to express my thanks to you and especially to Mary, who was outstanding and who put me at ease from the moment that we met.

‘Please do thank Mary for me. You guys are amazing.’

She appears in all level of courts and as well as care proceedings is regularly instructed in forced marriage, abduction and cases involving jurisdictional issues.

She came to the Bar after a career in education and research having completed a Phd. whilst working full time and having two small children.

She has sat as a deputy district judge (civil) since 2005.

She was involved in one of the first radicalization cases in 2015 which received much publicity. (See below: London Borough of Tower Hamlets v M and Others)

5 linked cases where Mr Justice Hayden made 15 and 16 year old girls wards of court, made passport orders and prohibited them travelling outside the jurisdiction.  I acted for the mother of a girl who  attended Bethnal Green Academy and was a close friend of one of the 3 girls who  travelled to Syria in February 2015. The passport of her adult sister was also retained ostensible to  prevent the girl using it.  At a subsequent hearing this was released. Reporting restrictions were put in place during the girl’s minority after the local authority asked for life long reporting restrictions.

I acted for the grandmother of a 7 year old boy who was adopted by his foster carer. LJ Ryder having given an indication that he would  be making a contact order delayed in giving judgment for 4 months by which time he appeared to  have changed his mind and in fact in correspondence said he would have never made a contact order.  In the event he made an order for 6 contacts a year (unsupervised)  and indicated an expectation that there would be more.  The child’s mother was to  join in some of the grandmother’s contact.

This was an important case where the local authority sought and obtained interim care orders in relation to 3 children so that they could be told their father had sexually abused his 2 older daughters. This was a single issue case.

The children were said to be thriving in the care of their mother and having contact supervised by her with their father. She wanted to  choose the time she should disclose this information to  the children.  In the event Mr J Hedley decided they should be told by the local authority although he acknowledged there were major risks whether they were told or not.  I was led by Anthony Hayden QC (now Mr J Hayden).  He always thought, as did I, that this was a very important case in relation to how far the state can interfere with the private lives of families.  Unfortunately neither the Court of Appeal nor the Supreme Court agreed with us.

Re (L) v Waltham Forest LBC and Staffordshire County Council [2007] EWHC Admin
This case importantly finally settled the argument as to which authority is responsible for maintaining a child’s statement of special educational needs when he is a looked after child and lives away from his home borough. It is the duty of the home authority to so maintain the statement.

P v Hackney LBC [2007] EWHC 1365 (Admin)
It was held that the duty in the Community Care, Services for Carers and Children’s Services (Direct Payments) (England) Regulations 2003 to make direct payments implicitly required the consent of the parents. Even if it was known that direct payments would be opposed this did not prevent the council lawfully making an offer of direct payments. In deciding whether an LA had exceeded what would be a reasonable time to provide services the court might well have to take into account whether the objections raised by the parent to direct payments had been reasonable and if reasonable whether they had met a reasonable response.

Learning Trust v (1) MP and (2) Special Educational Needs and Disability Tribunal [2007] EWHC 1634 (Admin)
It was held that the SENDIST had made several errors of law, its decision that the child should go to a residential school was to be remitted to a different Tribunal

Re K (Adoption: Permission to Advertise) [2007] EWHC 544 (Fam), [2007] ALL ER (D) 310 (Mar)
Mr J Macfarlane held that it was not open to a local authority to place an advert for a child being available for adoption until the adoption panel had decided that the child ought to be placed for adoption Where an application for permission is made prior to the final hearing and the court has not endorsed the care plan for adoption the court is unlikely to give permission to advertise. Interestingly, this case refers to the same child as in MF v London Borough of Brent (above)

Re X: Barnet London Borough Council v Y and X [2006] 2 FLR 998
Mr J Munby sitting as a judge of the County Court once more looked in detail at practice and procedures within local authorities rather than points of law. He further felt that Barnet had too much regard to “government inspired targets and expressions of ministerial view”. He reiterated again that where a local authority was not mindful to amend its proposals to accord with the judicial and the guardian’s view as a last resort the guardian should consider taking proceedings for judicial review. Where has this emphasis on due process and procedures gone with the unholy grail of 26 weeks?

Devjee v Patel [2006] EWCA Civ 1211 CA
In an appeal against a prison sentence imposed for breach of a non-molestation order under the FLA 1996 it was held that the CPRs enshrined the idea that the absence of the correct procedure did not make the hearing unfair.

Re G (A child)(Care Proceedings: Placement for Adoption) [2005] EWCA Civ 896;CA [2006] 1FLR 47 (with Anthony Hayden QC)
HHJ Altman failed to make clear his reasoning when rejecting the grandparents as carers for their granddaughter. The Court of Appeal said he appeared to give no weight to a child’s right to grow up in her own family. In such an important matter as the removal of a child from her family fairness more clarity was needed. 10 years later this child is thriving in her grandparents” care as distinct from being adopted as ordered by HHJ Altman.

Re B (Abduction: False Immigration Information) [2000] 2FLR 835 It was held that although the family and immigration courts act in isolation from each other where false immigration was discovered in a family case this must be communicated to the appropriate authorities.

2017 Legal 500
Cited as a leading junior in Children law (including public and private law):
“Highly regarded for care proceedings’

2020 Legal 500
Cited as a leading junior in Children law (including public and private law):
“Great manner with vulnerable clients”

‘You were fabulous in court – knew I made the right choice in choosing you as my counsel. Absolutely brilliant!’ – Quote from client

‘Thank you so much for all your hard work.
This is a truly brilliant outcome for the client.’

‘Thank you so much (especially for picking this up at the last minute!). I’m sure the client was thrilled, a fantastic outcome.’

‘I’m sure the client is over the moon. Thank you for all your hard work.’

Father found responsible for 12 week old baby’s death despite being acquitted in criminal court; mother found to have failed to protect the child and had her present child placed for adoption

Application for the variation of a child arrangements order by the “psychological” parents of a child.

5 linked cases where Mr Justice Hayden made 15 and 16 year old girls wards of court, made passport orders and prohibited them travelling outside the jurisdiction.

LJ Ryder sitting as a high court judge made what is believed to be the first s8 contact order alongside an adoption order where the proposed adopter opposed the making of the same.

Interim care orders in relation to 3 children so that they could be told their father had sexually abused his 2 older daughters. This was a single issue case.

Congratulations to our members who have been ranked in this year’s Legal 500.

This is a practical guide to this complex area of law for both lawyers and educational professionals.

This is a practical guide to this complex area of law for both lawyers and educational professionals.